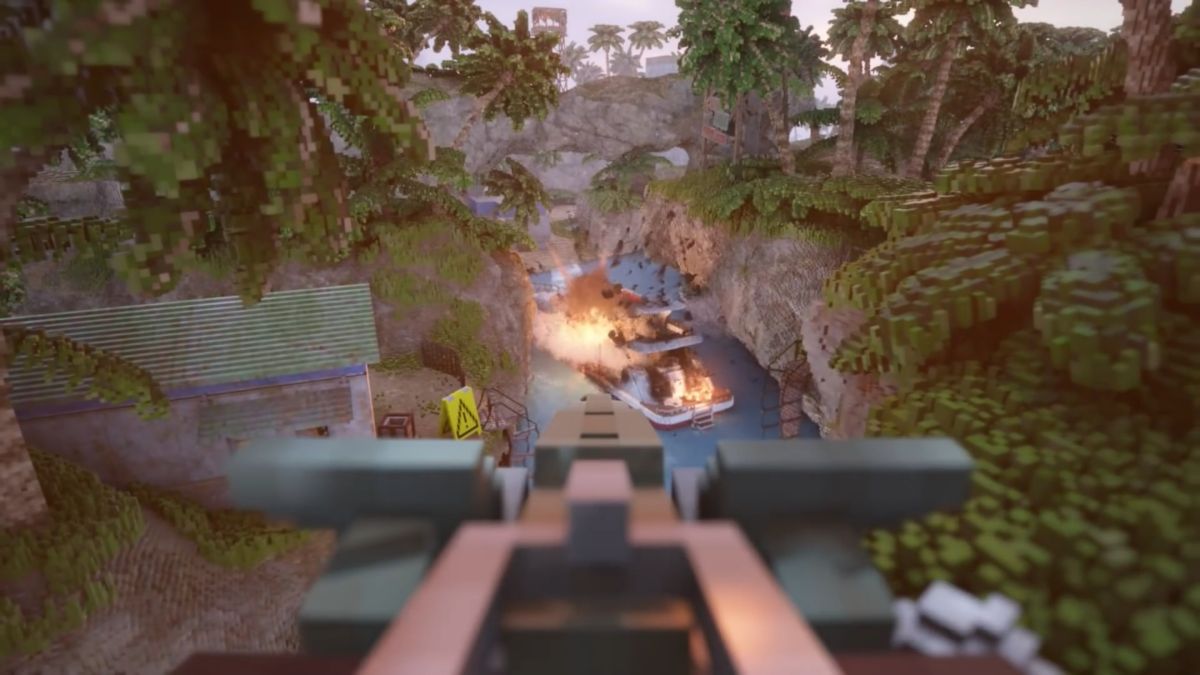 In the past year, I have had a good time smashing and dismantling. But just when the voxelization toolbox started to feel a little worn-out, the developer Tuxedolas finally set the date for Part 2, which is the first to experience the huge second half of the destruction sandbox.

Part 2 has been teased for some time on the developer Dennis Gustaffson’s Twitter. The first is the robot chasing the player mercilessly through the map. Then, later, we saw some great physical toys, such as ropes and rocket boosters pulled directly from Garry’s Mod.

Today’s trailer finally gives us a good and correct view of Part 2, which adds a new mountain base to showcase some wonderful frost and snowstorms. The base seemed to hide the bloodthirsty robots that came with flamethrowers and machine guns, although they seemed to be allergic to drowning.

After this freezing adventure, we saw the second new map on the tropical island, showing dense jungle, rocket turrets and new sniper rifles. But what makes me particularly excited is that the new weather conditions are not unique to the new map-we see versions of the existing map, such as hollow rocks and mission centers covered in snow and ice, and a marvelous violent tornado swept across. Nose cone.

However, the most interesting thing is to watch how the mod community works with these new features. The dismantling module makers have done incredible things in the game, and the introduction of more violent weather modes, hostile AI and reflective lasers will only increase the possibility.

When Part 2 is released on December 2, I will pay close attention to the Steam Workshop. It is not clear whether Part 2 means that the game will be out of Early Access, but at this time there are enough things to be crushed in the teardown for several months.