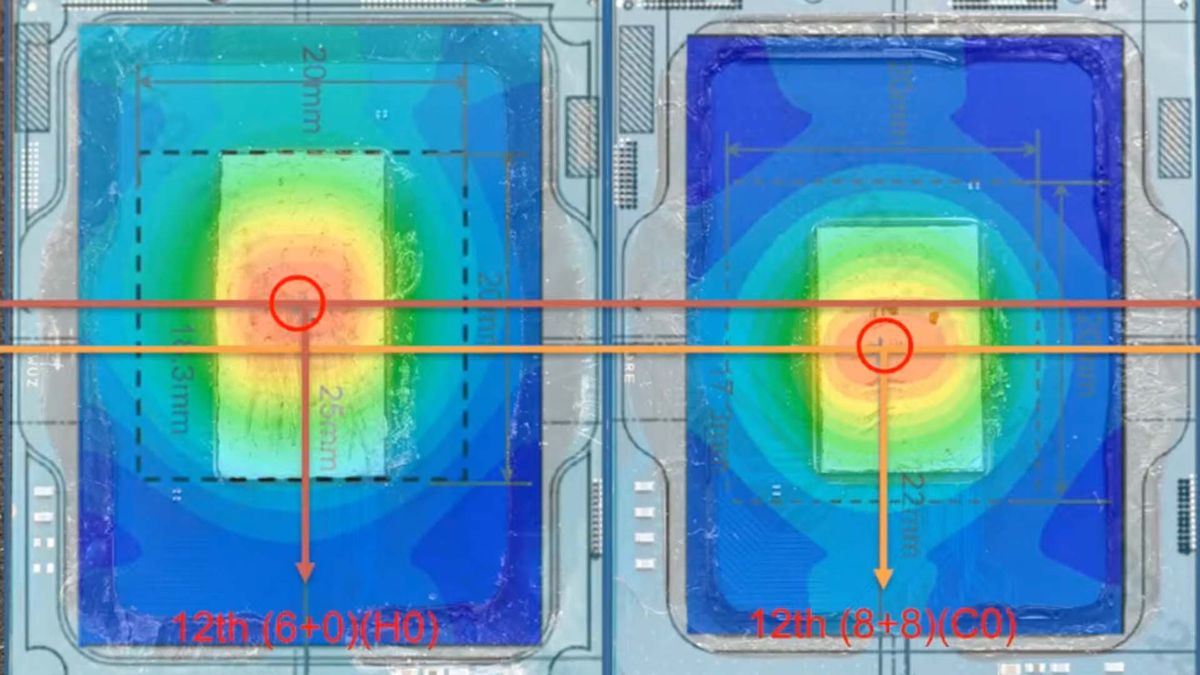 As we get closer and closer to the release of Intel’s 12th-generation processors, interesting new information gradually surfaced.recent MSI Insider live Contains some interesting tidbits about the existence of at least two different Alder Lake-S chips, as well as potential problems that may arise when the 12th generation CPU is cooled using certain heat pipe coolers.

The first wave of 12th-generation CPUs are all high-end, unlocked “K” SKUs, and all contain Gracemont high-efficiency cores. However, for processors lacking these E-Cores, there seems to be a different chip configuration.

This alternative chip may appear in future i3 or i5-based models. Things like 6-core/12-thread P-Core only i5 may become a fairly budget gaming CPU. It is also possible to harvest the chip to produce quad-core or even dual-core variants.

MSI continues to claim that these different chip configurations have different hot spots (via hardware information). The combination of slender chip and transistor density and P core concentration can cause problems for some heat pipe coolers, as shown in the MSI image below.

As you can see, some coolers with gaps between the heat pipes may not be optimal because the P core that is said to consume power may not be in direct contact. For most coolers, this shouldn’t be a problem, but for cheaper or older coolers, at least those with LGA 1700 mounting kits will definitely have problems. Air-cooled users may also need to pay attention to the direction of the cooler.

However, for users of AIO coolers, this is unlikely to be a problem, as they tend to have larger base plates.

Time (and user reports) will tell us if there is a problem with the air cooler. We hope that the cooling manufacturer has already solved any complications that may exist with the 12th-generation CPU.