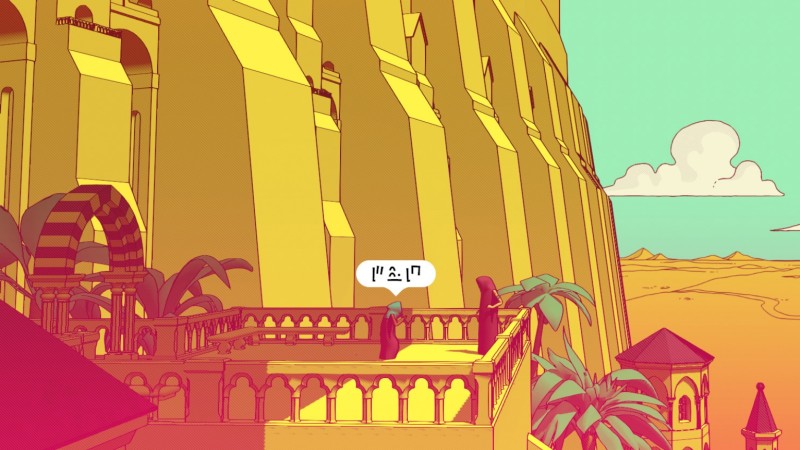 Chants of Sennaar is a compelling narrative adventure game debuting at PAX East with a story steeped in the lore of the Tower of Babel. As a robe-clad figure, you must unite a crowd shunned by the gods by restoring their primary connection: language.

At the heart of the experience is decoding ancient languages, communicating with the silent inhabitants of the Tower of Babel and solving puzzles. The reveal trailer also showcases more traditional ambient puzzle solving along with some stealth; Sennar Anthem is a war of words, not fists. The game’s sharp art direction and light-hearted soundtrack add a soothing and mysterious vibe to the game.