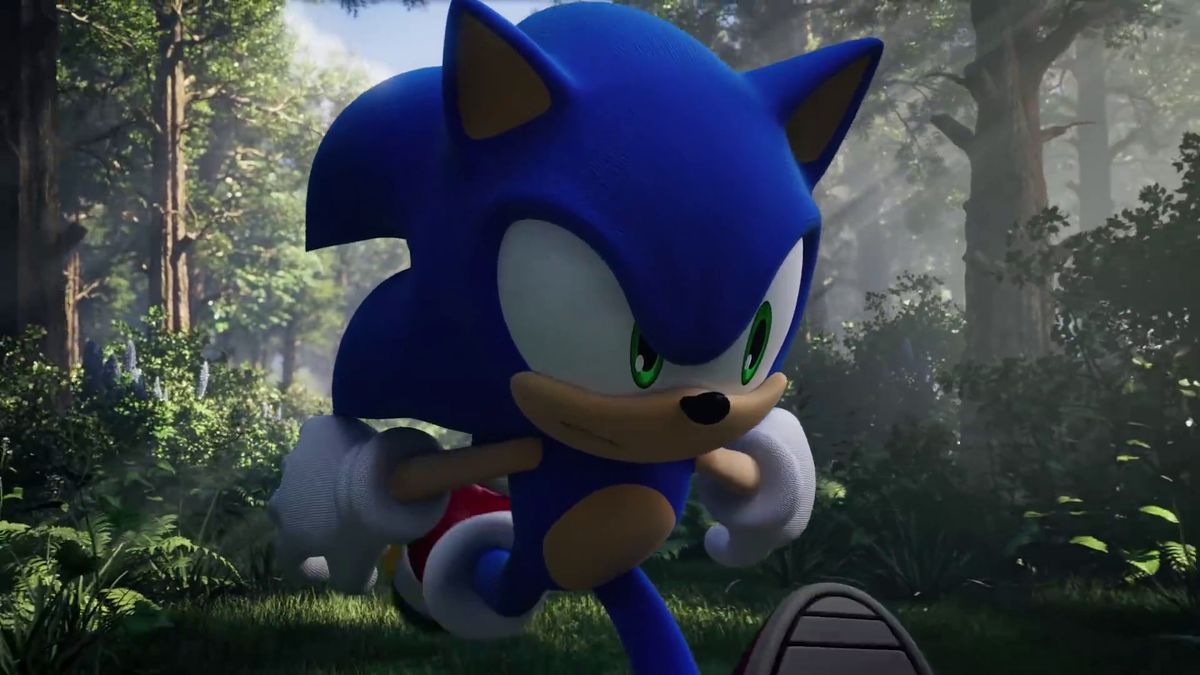 I’m bouncing through a cyberspace portal, one of Sonic Frontiers’ mini-stages. Sonic’s erratic movements made me slide off the rotating platform too many times, and I was getting tired. Finally, end. The only thing between me and the target is a simple jump panel. I gave it my all…it outdid me. The target whizzed past me as I plunged into the abyss and returned to the beginning of the stage.

Maybe it has something to do with me getting tired of the last date of my three-day Gamescom trip, but I can’t help but feel deeply frustrated. A deep sigh reluctantly came from my lips. It was at this moment that I realized I wasn’t having any fun and Sonic Frontiers officially broke me.

I want to like Sonic Frontiers. The world of blue blur is his own personal playground, with railings to polish and springboards to take off, sprinkled on the great plains and sand trenches. This sounds great in concept, but after 30 minutes of playing the game Second Island, I’m not quite sure if Sonic should let the whole world go lightning through.

Don’t get me wrong, burning rubber on the desert island Ares is just as fun as any other Sonic game. But there’s a ton of empty space influenced by tracks and other classic Sonic traversal gizmos. They suddenly look bad and have the thoughtful placement of a drunk playing with blocks. They do lack fluidity and further hinder overall level design in a game that already looks a little rough. When I think about Sonic’s past level of exaggeration, Frontiers is pretty soulless by comparison.

I was in a hurry and soon came across a Guardian, big boss encounter with some lighthearted action and puzzling stuff. I grind into the air along a series of rings and then reach three large rings around the boss itself. It was a relatively simple job at first, all three rings had to be fully highlighted before I was allowed to hit the boss. I was thrown back to the ground and forced to climb again. It was a bit slow and frustrating, and then threw extra projectiles at me in the second round, costing me all my rings and eating the dirt. I didn’t have the courage to try the slow ascent again.

Most of my time was spent running around and figuring out what to do next. It’s hard to master Sonic Frontier’s many systems in a short amount of time. It feels like there are so many different mechanics, modes and mini-games that I can get addicted to. Every other loading screen I was thrown into tutorials or exercises to learn about the game’s various mechanics, another thing that felt like it interrupted Sonic’s flow. I can’t help but feel that Sonic Frontiers is just an incoherent mess, and for me personally, a mess I don’t have much fun with.

Sonic Frontiers is a perfect example of how not every game needs to try to make a grand open-world format work. Linear is cool, baby, I feel like Sonic plays a lot less. Being the fastest lad in the world is sweet, but it doesn’t have the same impact when half the world is an empty desert. I hope if I had more time to understand its intricacies, I could find a fun experience, albeit wrapped in lifeless level design.