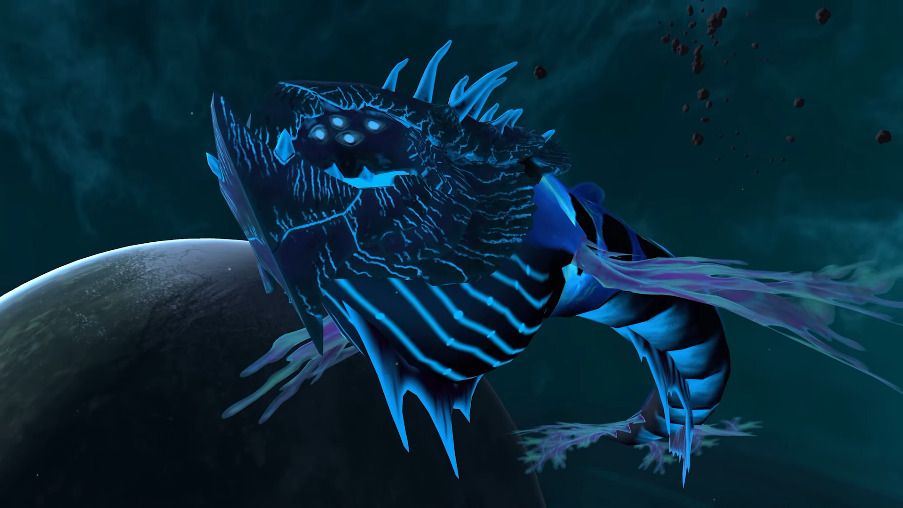 This isn’t my 2022 bingo card, it’s Paradox’s sci-fi 4X Stellaris is spinning off (opens in new tab): VR “Action Roguelite set in the sci-fi environment of Paradox” for Meta Quest 2.It’s from Fast Travel Games, they also made a Cities: Skylines VR Experience (opens in new tab) once Upon a time.

It’s called Ghost Signal: A Stellaris Game, and it does look very Star Trek. You play as the captain of the ship Aurora, which ventures into the void in search of a titular ghostly signal emanating from somewhere in the unexplored depths of space. The name should serve as a wake-up call for Stellaris players: it caused an emergency late-game crisis in the regular Stellaris game. This is basically a galaxy-wide genocide of all intelligent life, so, you know, you might want to stop that.

Along the way, you’ll encounter — and potentially destroy — a variety of familiar Stellaris aliens: The trailer showcases encounters with space amoeba, Leviathan fragments, and star-devourers in just 55 seconds.

Note that the game doesn’t seem to have completely shed its 4X roots. You can research new species as you encounter them – just like in Stellaris – and progress up the tech tree to unlock new things for your ship. Beyond that, however, it’s a full-blown roguelite full of “random maps and reshuffled discoveries”.

I’d love to know how random these random maps are. The beauty of Stellaris is that unless you deliberately fight alongside a pre-generated empire, your opponents are generated from gadgets with the same ideology and physical characteristics as you. Does the VR game generate new empires on the fly every time you start a run, or do the civilizations you encounter just come from pre-generated faction pools? If it’s the latter, you’ll probably quickly become familiar with how each of them behaves, which I think kills the sense of wonder and unknown that the trailer clearly wants.

We shouldn’t have to wait long to find out: Ghost Signal will launch sometime in 2023.Still, if you can’t wait to drift among the stars, Stellaris is still one of the best strategy games around (opens in new tab) There, it only gets better with six years of DLC (opens in new tab), the occasional crap. If I’m being completely honest, this announcement is mostly about getting me in the mood to play more Stellaris rather than dig out a VR headset. I guess that counts as some kind of success?