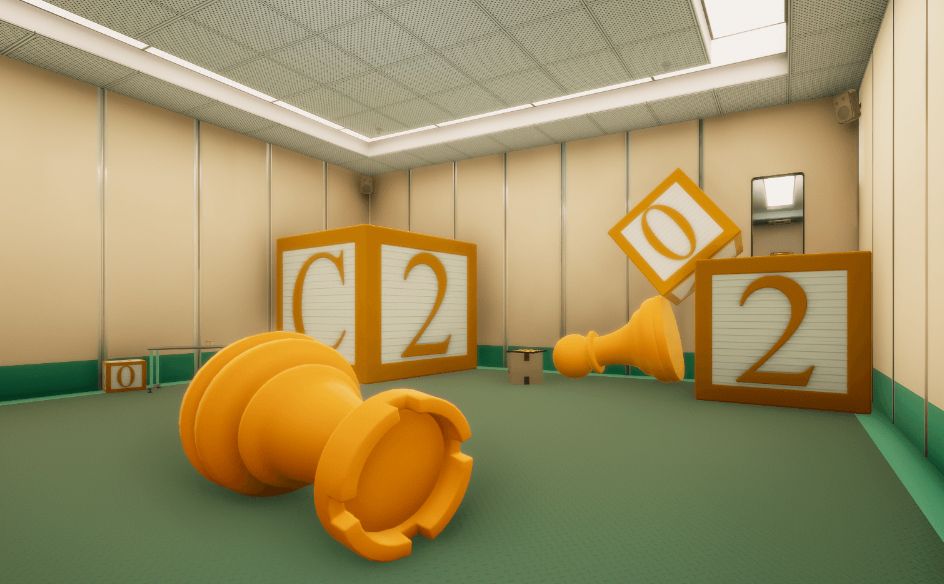 After unscrupulously adding a multiplayer game mode last month, the weird puzzle game Superliminal has moved on and co-op games have also been added. With up to four players, the cooperative mode allows you to play “the whole game, end-to-end”. It is opened through the multiplayer menu.

Frankly speaking, it seems completely crazy to add other people’s chaos to the game, which allows you to distort your perspective and make things bigger and/or smaller by just walking around with them. I mean, you should let your friends play this with you, and then spit out absolute nonsense from their mouths. It’s like using a gravity gun to pull a crate from a person in Half-Life 2, but using pure cocaine.

The update last month was a kind of multiplayer battle royale mode. The cooperative update added five new puzzle rooms to the battle royale: Ballpit, Revolve, TowerClimb, Escher and ClimbProMax. Unsurprisingly, they all appear to be insane, as does the new power-on “Invisible” and adjusted so that “the soda can of the winner will now follow you to the end of the earth.”

It is also a holiday, so there is Christmas snow. I can no longer understand or understand the world.