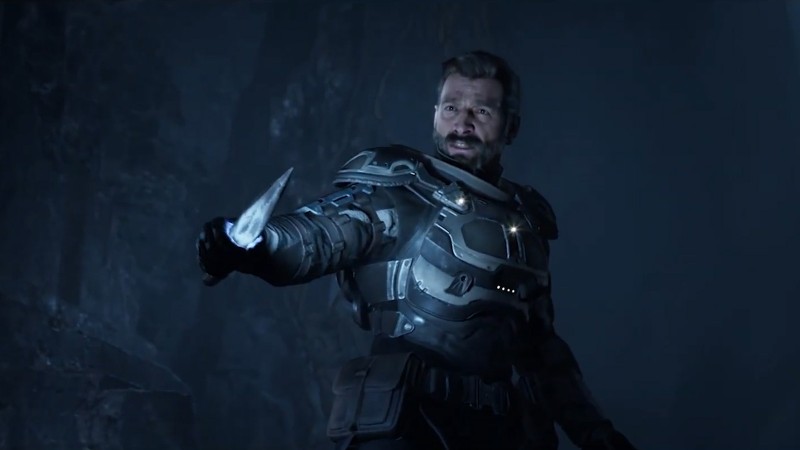 Xbox Game Studio’s Gears of War team, The Coalition, is no stranger to Unreal Engine and has been working on the latest version of Unreal Engine 5, which is now generally available. Following the engine’s release, The Coalition showed a cinematic test of the technology in a demo video called “The Cavern.”

According to the video, the demo doesn’t represent the game in progress. “The Cavern” depicts a man in a dark cave, confronted by an imposing and impressive plume of smoke that moves in a sudden way it shouldn’t enter, and a deadly creature lurks inside. The man has only a sharp glowing crystal in his hand to protect himself from the danger of stalking him in the dark.

The environment in “The Cavern” runs on the Xbox Series X and consists of 100 million triangles. All reflections and lighting in the demo are rendered in real-time. This person alone, with 160,000 polygons on his body, 31,000 on his face, and 3.5 million in beard and hair, looks great. You can see it all in the video above.

Xbox has Posted an interview with Kate Rayner, Studio Technical Director at The Coalition, talks about the studio’s use of Unreal Engine 5 so far. Rayner said the team has been using the engine until early access is available, and has been contributing bug fixes and working with Epic Games to make UE5 optimal for use on the Xbox console.

Rayner also talked about The Coalition’s involvement in bringing the recent tech demo, The Matrix Awakens, to Series X and S in December, and making great strides in preparing the engine for the Xbox. “The fact that we have a next-gen experience on the Xbox Series S with all the same features, including ray tracing, and we have an Xbox Series X at such an incredible level of quality, is just amazing,” Rayner said. This collaboration has resulted in improved Xbox development software, with runtime optimizations, bug fixes, and tool improvements that benefit all developers.”

There’s no denying that “The Cavern” has an impressive look and promises to bode well for The Coalition and other teams under Xbox Game Studios. For more coverage of Unreal Engine 5, check out the engine release announcement, then read the new UE5-powered Tomb Raider title from Crystal Dynamics.