Sword of Lily of the Valley: For a Peaceful World｜11/22 The first test starts: https://youtu.be/Mgs3WIxoW_0 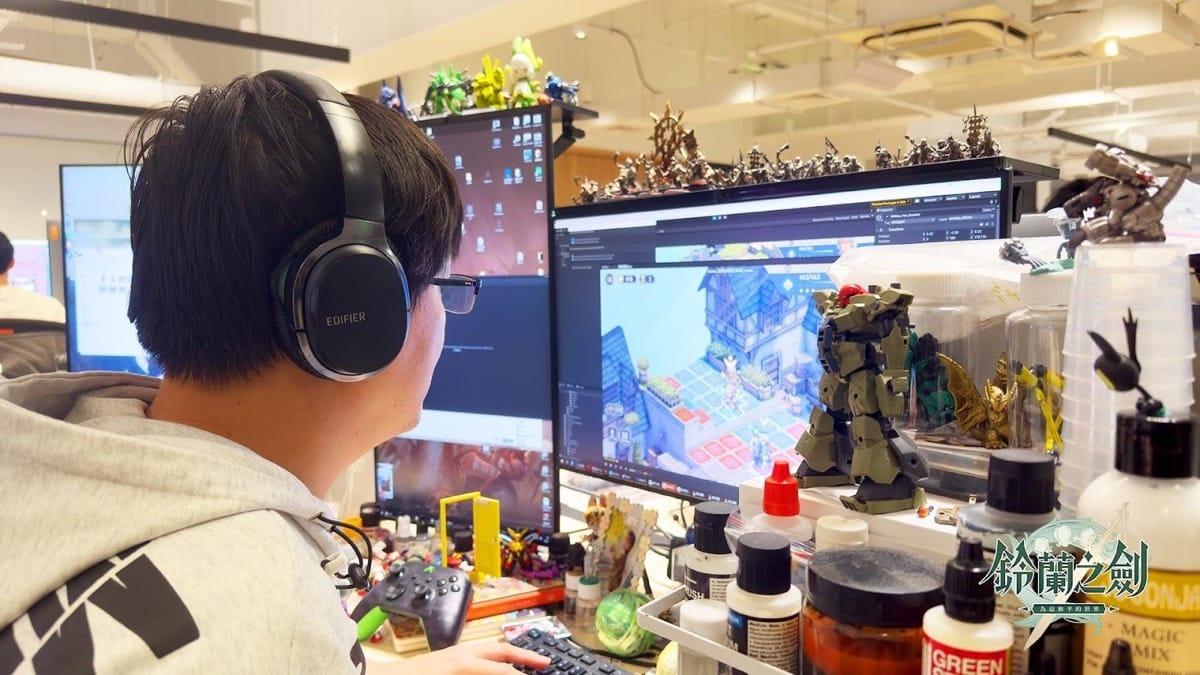 Hello everyone, we are the research and development team of “Sword of Lily of the Valley”

It is a great honor to use this opportunity to explain the development concept and design content with players.

First of all, what kind of game is “Sword of Lily of the Valley”?

As you can see, “Sword of Lily of the Valley” is a war chess mobile game with a pixel-style oblique 45° viewing angle. Similar to general mobile games, you will obtain partners by drawing cards, then develop them, complete challenges, advance the story, and finally reach the end of the plot. So far everything seems to be very ordinary, but what is different is that in the plot, in order to fulfill those sincere “wishes”, you will travel through the “Gate of Destiny” and enter an independent time and space to reverse and change those the past. In this independent time and space, you will get an experience almost equivalent to a complete stand-alone game.

In order to facilitate the distinction, the above stand-alone mode will be briefly described as[Sword of the Valley of the Valley]and the main part similar to the online game will be called[Paradise].

[Sword of the Lily of the Valley]gameplay analysis

The main story of the game tells the story of a small country “Ilia”, which is in the center of the storm because of its rich spar resources, and fell into civil war because of a suspicious riot. And you who traveled here, under the guidance of fate, became the head of a mercenary group in a small town. In order to survive and protect the people around you, you have to choose the forces you are attached to, manage your own mercenary group well, and complete commissions to show your value. 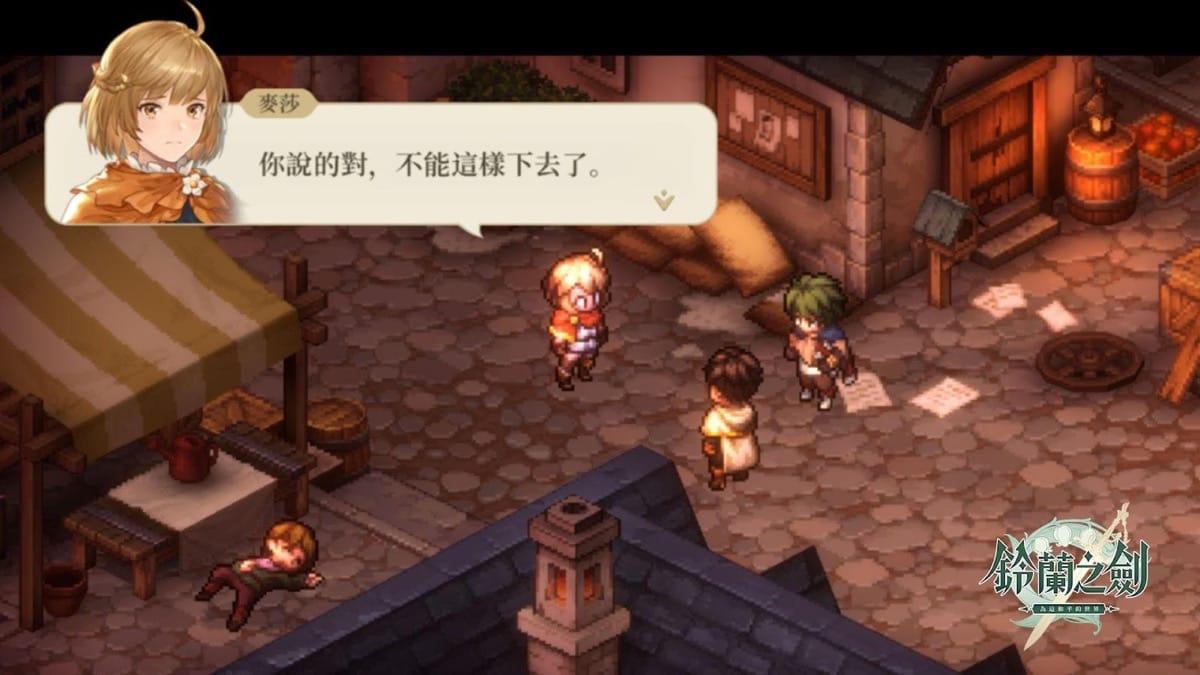 In this game, there are routes with multiple endings and mild rouge gameplay. Players make different choices in the game, you will get different companions, learn different skills, and the town will also develop differently. , can change the development of the plot through their own choices and performances. In the process of multiple weeks, you will gradually reveal the conspiracy and truth behind the civil war, and then think about the meaning of your own existence, think about the way to end this war, and finally change the fate of the world.

The content of this chapter of Sword of Lily of the Valley is a pure stand-alone gameplay with a content volume no less than that of console war chess games. It has a beginning, an end, independent development, and a complete story. You can get rich[Paradise]rewards.

Why is it designed this way?

“Because we want to make a content-based game and want to provide players with the purest SRPG fun.”

We are very aware of the advantages of stand-alone games over online games in terms of content creation. In stand-alone games, it is possible to avoid the long life cycle of online games, various content deformations, too long to justify, and plots that cannot be fully experienced. With the version update, the game content becomes more and more complicated. The originally good level experience design may be destroyed by the influence of the gold element and become no challenge, especially for war chess games. We hope that the game can bring players a more intense game experience and a more perfect game process, so we take the stand-alone game as the design. 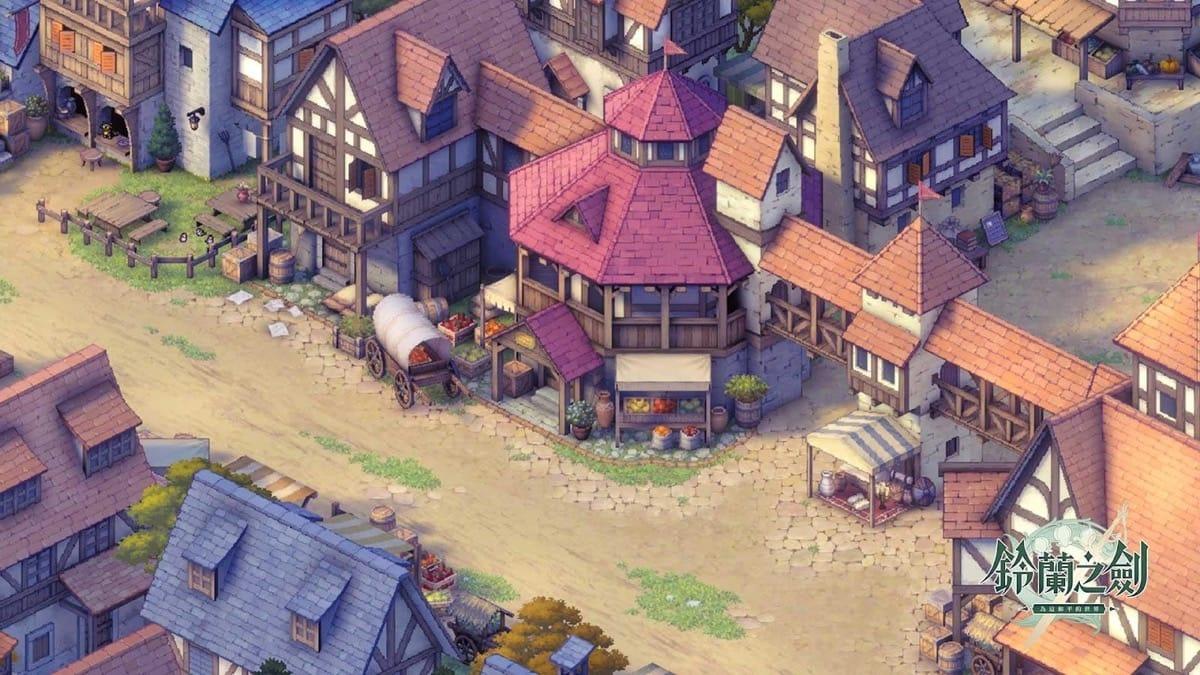 “Then why not just make a stand-alone game?”

When you experience tens of hundreds of hours of thrilling stories, you have established deep bonds and emotions with the characters in the stories. However, these bonds will gradually fade away at the moment you end the game, and will gradually fade away in your memory. Similarly, when you have gone through countless battles and finally mastered advanced skills, the game will be cleared before you can play a few games, and these skills will no longer be useful. Then play again and again, chewing on the fading beauty over and over again. Although most games may have hidden content, second weeks, and DLC to make up for it, this feeling of being lost or unfinished, I believe. Every player who has experienced that era has. And this kind of sustainability and sense of companionship are exactly the advantages that the online game model can provide.

“So, the form of online games + stand-alone is the answer we came up with.”

We are war chess fans ourselves, loyal fans of “Royal Knights 2” (“タクティクスオウガ”), and have played almost all war chess games with names. We are impressed by the epic and grand narrative and are keen on Brainstorming space strategies, addicted to various collections and cultivation. We have also participated in the production of the “Super Robot Wars” series (スーパーボット大戦シリーズ) and “Fairy Warrior” (“アークザラッド”), and have witnessed the rise and fall of war chess games. Now, we hope to pass on the touch of that year to all new and old players in the most perfect way we think. 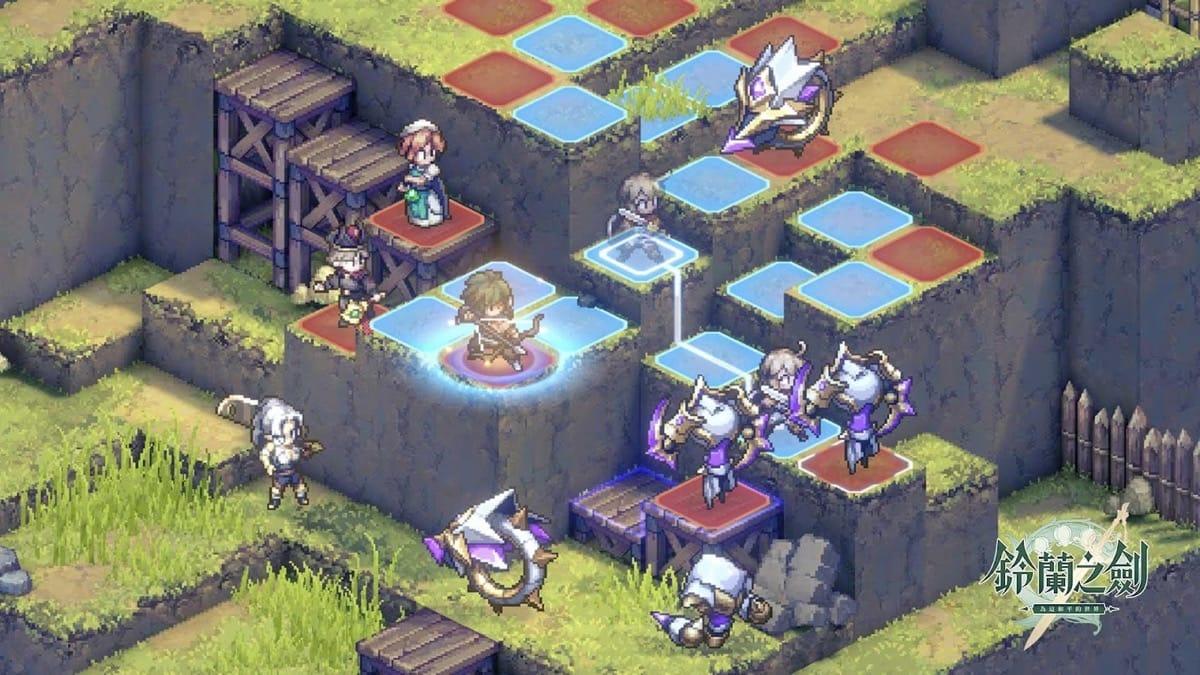 The future development path of “Sword of Lily of the Valley” 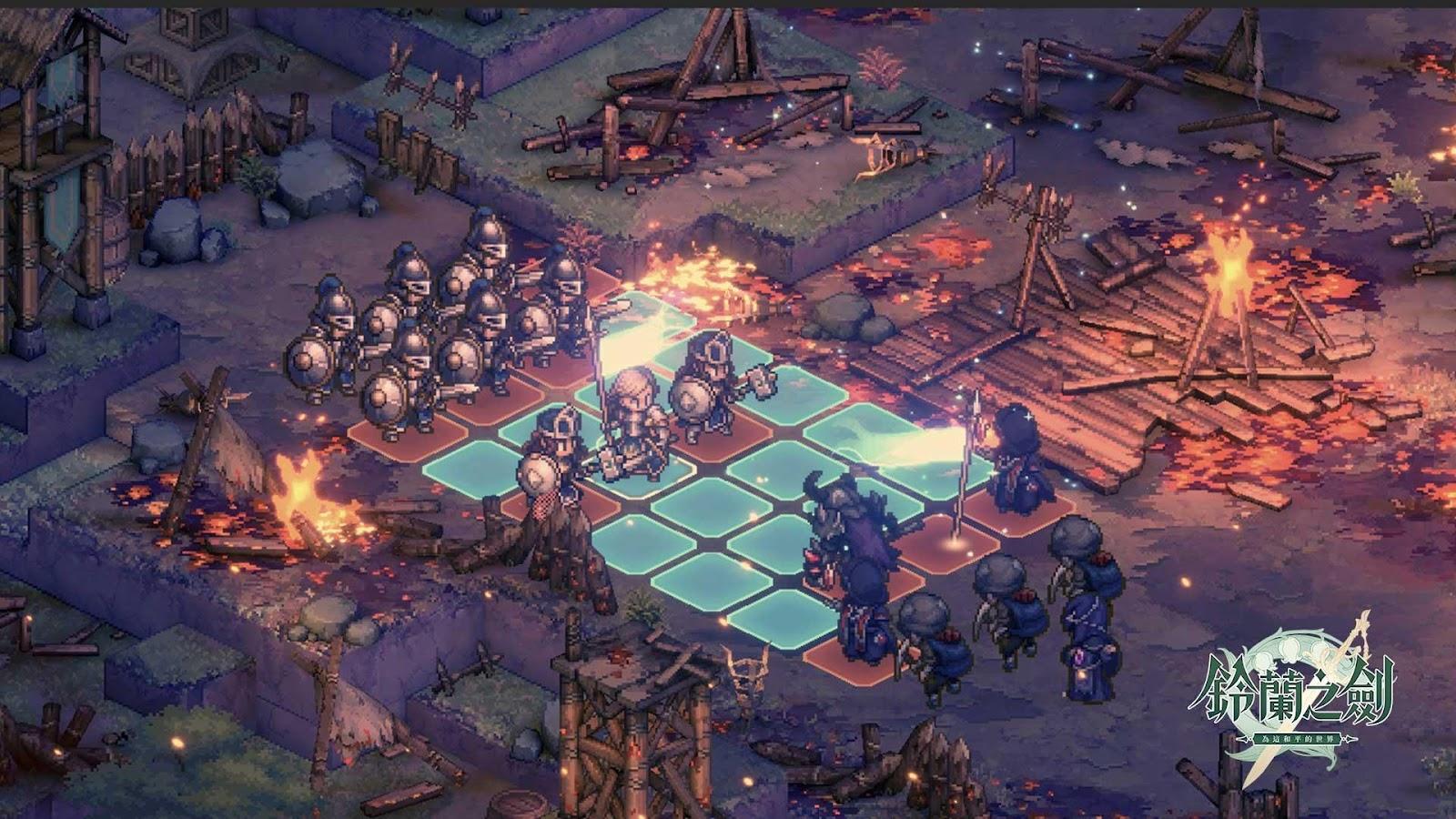 These chapters are independent of each other, with different protagonists, stories, systems, and even structure and gameplay may be different.[Sword of Lily of the Valley]is a sandbox world with multiple weeks, and other chapters may be similar to traditional war chess chapters, such as “Holy Fire Conquering Demons: Wind, Flower, Snow and Moon”, which focuses on content other than combat, or “Warring States” “Lance” is a suppressive terrain type, and it may not even necessarily be a brand new content of war chess gameplay. 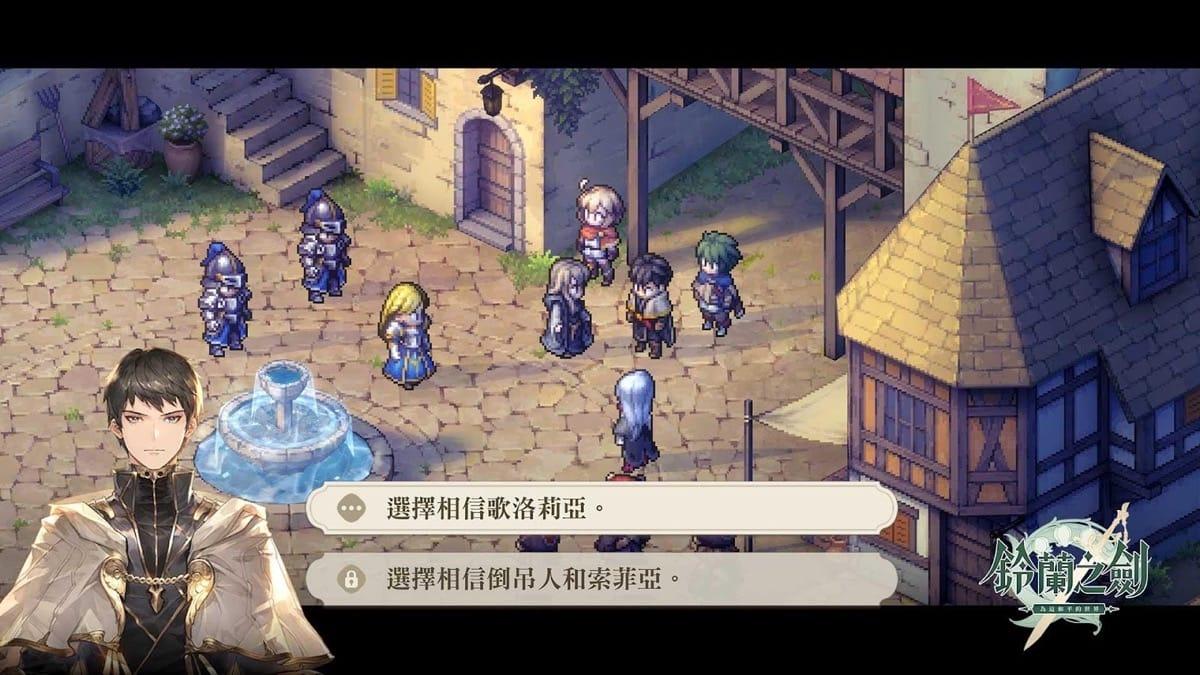 The contents of these chapters participate together under the online game framework of the[Paradise]system to form a whole, and finally form a content creation that can last for a long time, so that we can continue to produce new content at a certain rhythm (such as every season). content to satisfy players and our own creative desires. In this way, through the long-term update of this work, we can complete the great idea of ​​the eight-part “Royal Knights” that Mr. Matsuno Yasuki failed to complete.

Looking forward to the experience that can be brought to players

“Sword of Lily of the Valley” looks forward to bringing players a brand-new mobile game experience. Whenever players enter the game, they can feel the delicate and attentive gameplay without being disturbed by other factors. Even if they haven’t played for a long time, they can play at any time When you come back, you can immediately integrate into the new content. Through the framework of stand-alone gameplay and online game architecture, it can maintain the same burden as stand-alone games, so that each game can have sufficient creative space and can continue to compose subsequent content. We think this is a way to give full play to The charming mode of the game content is also the dream we are committed to creating, “Even if they leave, as long as they love this game, their hearts will stay and look forward to the release of every new chapter.”

It is hoped that such a game mode can be successfully verified in “Sword of Lily of the Valley”, so as to provide a new template for content creation games. After all, we will be very eager to play games with a similar structure.

Finally, thanks again to the players for their expectations and support, and please give us more feedback from the players, so that we can build this dream together. 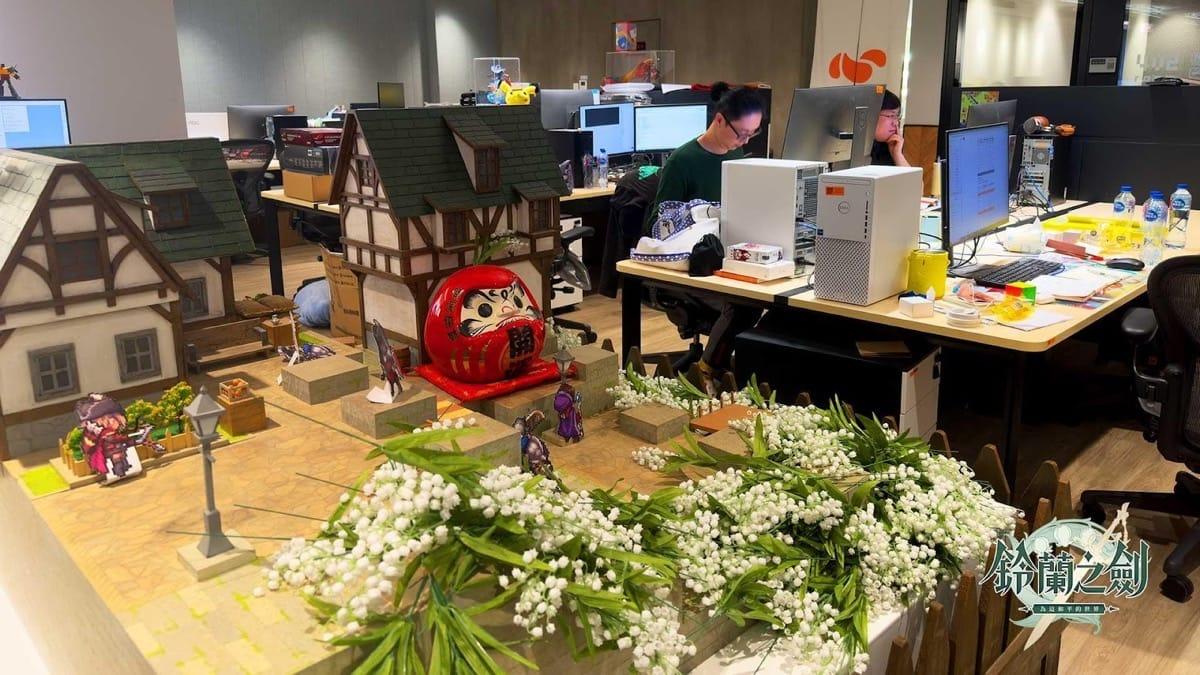 “Sword of Lily of the Valley” emphasizes the story creation with a sense of tranquility, as well as the moving and profound music performance, the game style of war chess with the original style and the delicate and exquisite pixel visual style. It is expected to bring all players a profound game experience different from the past. , the game is still in the development stage.

“Sword of Lily of the Valley: For This Peaceful World” pre-order website: https://soc.starforce.tw/