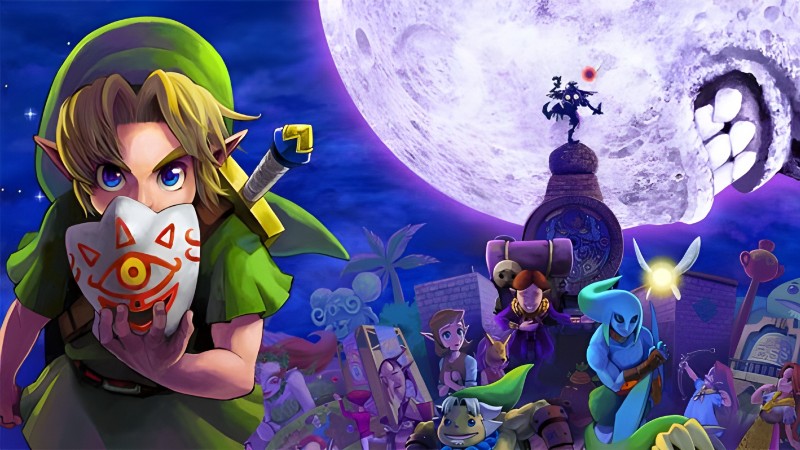 Nintendo has revealed that The Legend of Zelda: Majora’s Mask is coming to its Nintendo Switch Online subscription service next month.

As usual, since Majora’s Mask is a Nintendo 64 game, you won’t be able to play it if you’re just a standard Nintendo Switch Online subscriber – you’ll have to subscribe to the pricier Nintendo Switch Online + expansion pack to play it and other landings Nintendo 64 games for the service. The news comes a day after the release of an expansion pack for classic Rare-developed Nintendo 64 platformer Banjo Kazooie, and it seems like Majora’s Mask is the next major addition.

“Save Termina before it meets its terrible fate,” Nintendo tweeted. “The Legend of Zelda: Majora’s Mask is coming to Nintendo Switch in February for members of the Nintendo Switch Online + expansion pack.”

As for when, only Nintendo knows. If it follows recent similar announcements, we’ll find out sometime in February, possibly a few days before it rolls out to service. Nintendo announced that Banjo Kazooie would launch the service in December, then revealed its exact date a month later, days before the aforementioned date. It wouldn’t be surprising if Nintendo did the same here.

Majora’s Mask is a sequel to The Legend of Zelda: Ocarina of Time, first released in 2000. It’s a darker remake of Ocarina of Time, putting Link back in a familiar but strange place, Termina. Link must stop the moon from hitting Earth after Skull Kid under the control of Mathura’s mask sends him there. Oh, and to stop the evil once and for all, he repeated the same three days. Currently, it is currently available on Nintendo 64, Wii and WiiU. Plus, it’s been remastered on the Nintendo 3DS.

Are you excited to play Majora’s Mask on Switch? Let us know in the comments below!