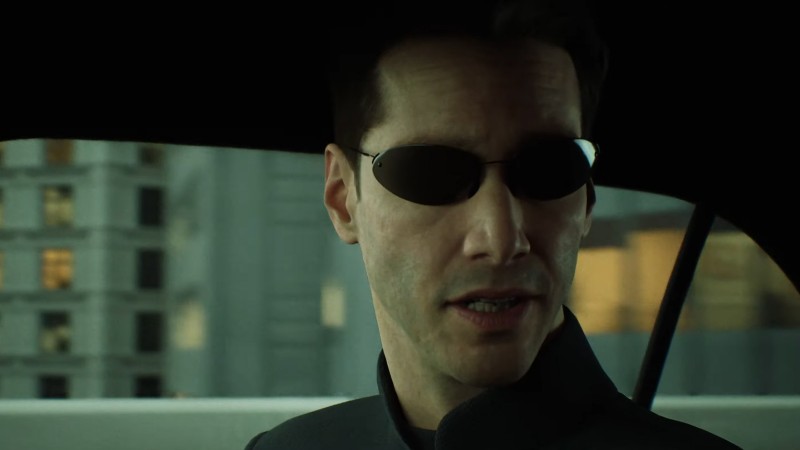 The Matrix Awakens: An Unreal 5 Experience has been officially announced and can now be experienced on PlayStation 5 and Xbox Series X/S.

During The Game Awards in 2021, it was revealed by Keanu Reeves (Keanu Reeves) who played Neo in The Matrix series and Carrie-Anne Moss (Carrie-Anne Moss) who played Trinity. It is a visual demonstration of the capabilities of Unreal Engine 5. During The Game Awards in 2021, it was discovered that Reeves and Moss were standing in front of the iconic dodging bullet curve in the very backward scene in the first Matrix movie.

Reeves joked that he couldn’t do that anymore, but he said that in Unreal Engine 5, he can. Then, we saw some shots of Matrix Resurrections, and strangely, they also included the shots of The Matrix. From there, we went back to Reeves and Moss, and they asked: “What is a game and what is a movie?”

After that, the duo announced the world premiere of “The Matrix Awakens: Unreal Engine 5 Experience”, which is impressive, if not for the realm of Uncanny Valley.

It turns out that this experience is playable, and it seems to happen in a scene where Neo and Trinity dodge enemies while galloping down the street. We haven’t played it yet, but if we have to guess, it’s like a shooter. It seems to be a technical demonstration with playable elements.

Are you entering The Matrix Awakens: An Unreal Engine? Tell us your thoughts in the comments below!