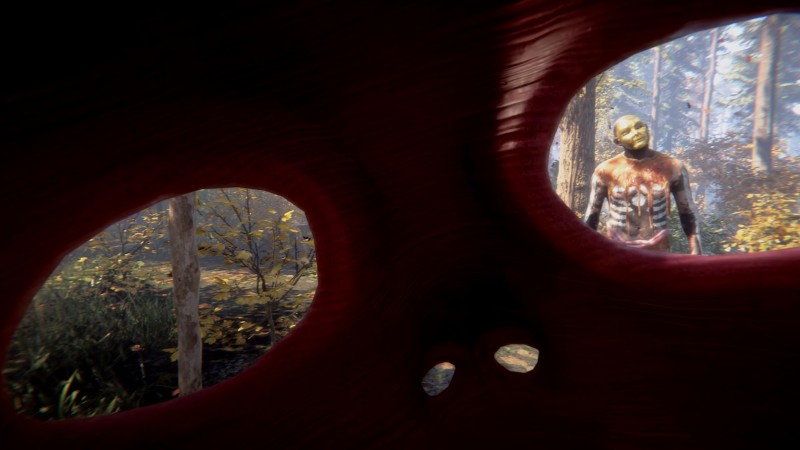 I love the forest. My team of survivors spent less than 40 hours building fortifications around the crash zone, searching for food and rare weapons in huge underground caves, and shutting out cannibals and later weird mutants. Earlier this year, the sequel “Children of the Forest” received two trailers, highlighting the new emphasis on storytelling. An unknown NPC – Specifically, a non-volatile mutant -Will become the player’s companion. But in addition to montages and short action sequences, the previous “Son of the Forest” films evoked more questions than answers.

A new trailer (see below) continues the exciting but frustrating tradition of narrative vagueness. However, this time, we finally set a release date for the spring of 2022.

As you might expect, the mechanics of “Children of the Forest” is based on the survival horror system of the first game. Collecting materials to make temporary shelters and hunting gear has returned. The feeding mechanism-most notably when the player character kills a turtle and eats its raw meat (damn it!)-also returns. Of course, once you venture into dense forests or dark caves, there will be terrible enemies waiting for you.New variants of mutants with fleshy bristles and conjoined torso will require new weapons to be defeated – Shotguns, stun sticks, etc. will help you in the open world.

“Perhaps the highest praise I can give to the forest is how natural the connection between the games is. Many emerging storytelling games usually end up with something novel and will be welcomed in the end… The forest is a victory. Whether it’s survival type or creepy horror. It provides players with just the right amount of freedom to enjoy the challenge of this hellish nightmare.”

“Children of the Forest” was launched on May 20, 2022 for PC. If you haven’t played the first game yet, I highly recommend it, and be sure to read Javy’s 30 weird and vulgar things you can do in the forest while you play!