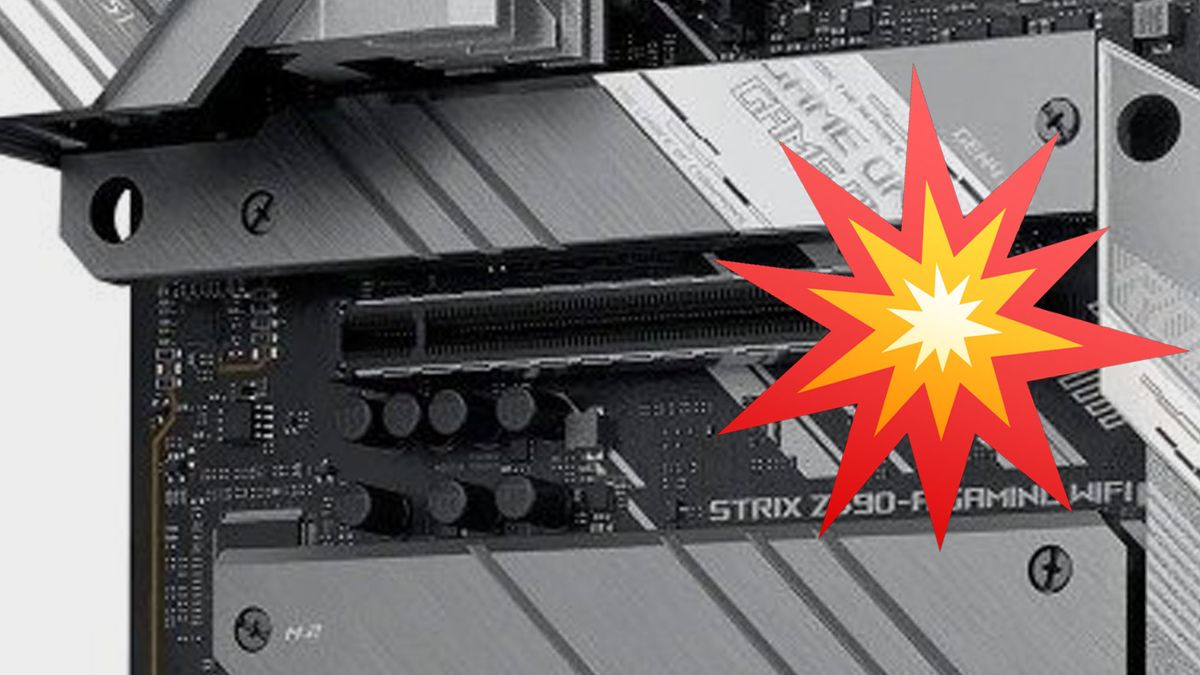 We are standing on the edge of Alder Lake, which means that the next generation of motherboards is about to come out, and the whole PC manufacturing hobby is reviving-I can feel it.

In order to make the whole process smoother, ASUS seems to have introduced a nice little surprise in the next-generation motherboard design to relieve our work (and your hobby) a little bit: the PCIe slot “Q-Release” button.

This was brought to our attention through a Twitter post momomo_us, Which explains that it will “unlock the security latch of the first PCIe slot with one click.” This means that the real x16 socket or the Gen5 socket where the GPU should be inserted.

This feature will help our PC manufacturers by “greatly simplifying the process of separating the PCIe card from the motherboard”. Of course, with buttons, everything becomes simpler.

According to reports, these beautiful little buttons may only appear on the ASUS Z690 motherboard Graphics card; It looks like they don’t use Prime, Tuf or ProArt boards. Mini-ITX and Micro-ATX Strix motherboards seem to be no problem.

Nonetheless, this will definitely reduce the number of Reddit posts where people have their GPU stuck in a PCIe slot, thanks to the embarrassing latch function being broken or completely inaccessible.

Let’s just hope that other motherboard manufacturers catch Come on.