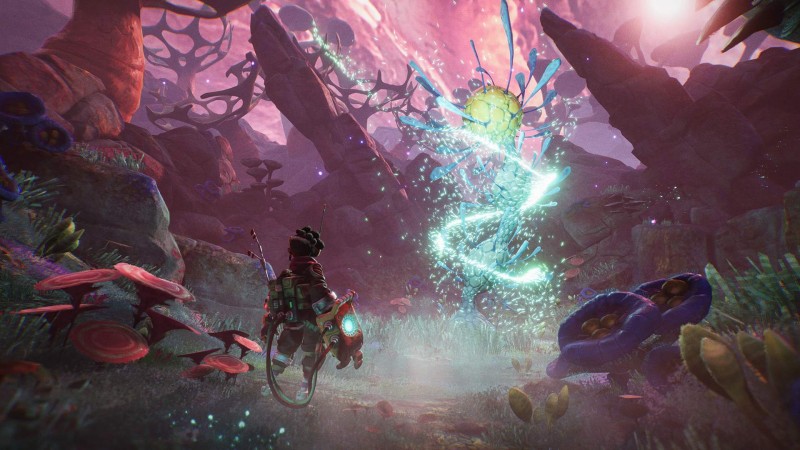 If you are happy to see if you are integrated with The Gunk, you don’t have to wait too long now, because Image & Form Games has announced its release date: December 16.

The team behind the SteamWorld franchise first announced the upcoming exploration game The Gunk during the Xbox Games Showcase in 2020. Image & Form Games remained silent with The Gunk for about a year, and then it returned to the spotlight (and out of the spotlight) during the Xbox Gamescom 2021 live broadcast in August. There, it was revealed that the Xbox exclusive game will be released in December this year.

Now, we know it will be released on December 16, thanks to a new Blog post From the team.

“We are pleased to finally announce the release date of The Gunk, which is our highly anticipated SteamWorld franchise creator’s Xbox exclusive product,” the post read. “Enter The Gunk on December 16th-for anyone subscribing to Game Pass, it’s the release date and date of the service.”

As mentioned above, Xbox Game Pass subscribers will be able to use The Gunk on the day of launch. When players jump into it, they will experience what the Image & Form Games team describes as a “third-person action-adventure game, which tells the story of two gritty space porters Rani and Becks working hard to make money because they happened to encounter a mysterious There are abundant natural resources on this planet.” It was on that planet that they discovered the rubbish that was destroying the earth—however, rubbish is of great value, and the two must determine what is more important to them.

While waiting for The Gunk to be released next month, please read another Image & Form Games game SteamWorld Headhunter that was just announced at the Thuderful Games show.

Are you excited about The Gunk? Please let us know in the comments below!