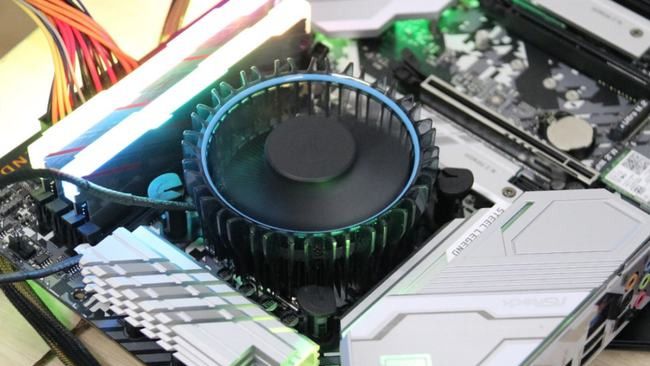 Since the launch of Intel’s 12th generation CPU, we have been full of praise for it, but currently only high-end 125W K SKUs are available for purchase. Since Intel assumes that buyers of i9 12900K, i7 12700K, and i5 12600K will buy aftermarket coolers, they will not buy them in bundles. All of this is destined to change next week, because Intel will launch a large number of 12th-generation models at CES, including many models with 65W TDP. These models should be bundled with the cooler. But are they good?Chinese News Site NetEase pass through Tom’s hardware One of the new coolers was tested with the upcoming i5 12400 and the results were reported. The new cooler seems to be a big improvement over the old boxed cooler.

The tested cooler looks impressive, with a blue ring on top of the metal radiator and plastic cover. Its impression of black ice is “cool”. The copper core plug-in is located on the top of the CPU. Compared with the aluminum used in Intel’s low-end coolers in the past, copper is a more effective heat conductor.

The cooler has been tested with the upcoming Core i5 12400, which is a CPU that excites us because it should provide amazing value and gaming performance. If these temperature results are accurate, then it also looks like a cool running CPU. The AIDA64 pressure test results in a temperature of 73C at an ambient temperature of 20C. The fan speed of 3100 RPM is a bit worrying because it can be noisy, but keep in mind that the AIDA64 stress test is the worst-case scenario, so it shouldn’t be too disturbing under game load.

Also interesting is the peak power consumption of 80W. This is very impressive. If the 12400 ends up being the king of budget games that we think might become, then even if you don’t use the bundled air cooler, you are unlikely to need anything other than a mid-range air cooler.

Intel’s 65W CPU will be released next week, so we can expect these coolers to arrive at the same time.