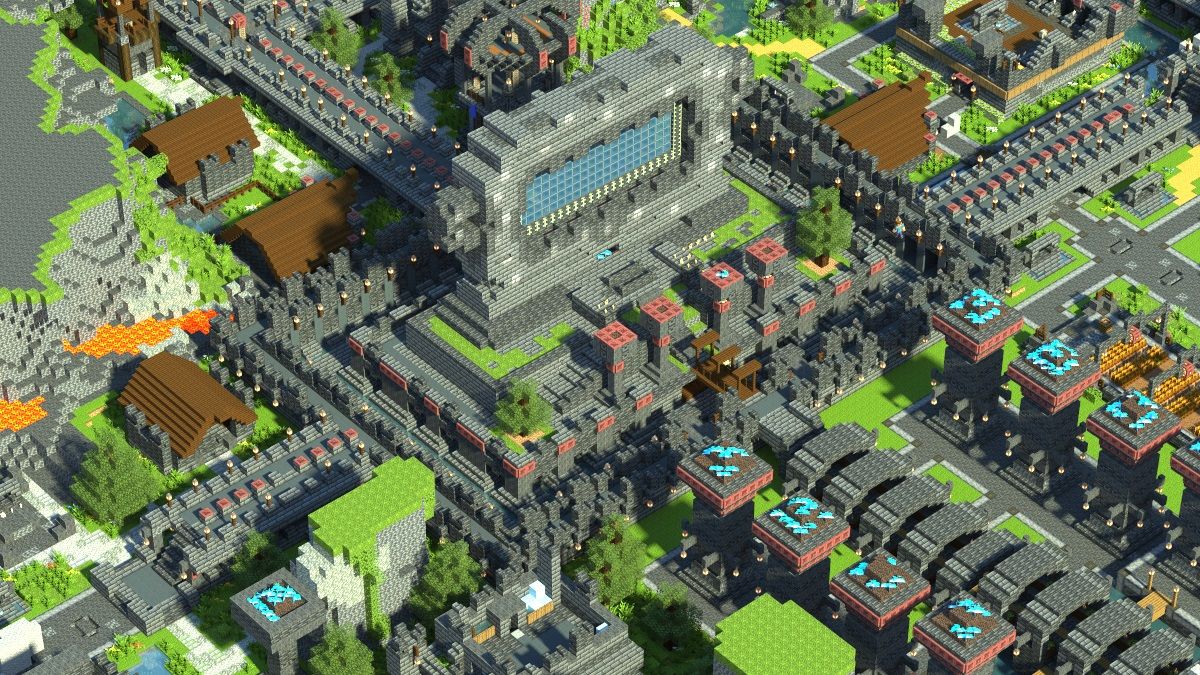 As if the deep darkness wasn’t intimidating enough, here’s where the intrepid builders have completed a redesign of Minecraft 1.19’s massive new ancient city. You know, just building up a little light between other projects.

By default, the massive ruined structures found deep underground are eerie: wrecked columns dot the darkness, covered in cinder blocks and screamers that summon prisons if you carelessly walk through their territory long.

Maybe the warden is just cranky because their house is in disrepair. Fortunately, these builders are restoring the ancient city to its imagined former glory. Some have been completely renovated with lush cave greenery to prove they were once real cities that sustain life. Others added their lore and brightened the darkness with tons of bright squares. At least one person decided to keep the weird feeling going. Perhaps ancient cities were always dangerous. The most daring of these builders even finished their builds in hardcore mode, not creative. You won’t catch me doing this.

This ancient city, restored by the Unsorted Guy, takes the deep darkness back to a time before it was overrun by scum and wardens.at this Build a showcase (opens in new tab), Unsorted Guy explains how he started replacing all shipwrecks with deep slate blocks, transforming ceilings into stalactites, and bringing in copious amounts of vines and foliage from lush caves. While all the structures were being repaired, the unsorted guy relocated some grass blocks and dug a pond, and even built his work on an old town farm. This place really used to be full of life. With so much water, the final building definitely has a mystical mountain town vibe.

I’m getting the Atlantean vibe from Andyisyoda’s reimagined ancient city. Again, lots of greenery added here. I don’t think anyone wants to imagine that these underground cities are always gray and colorless, right?

In the build time-lapse embedded above, you can see Andyisyoda building high-fantasy bridges over a level of water, all dripping with vines. Don’t worry, they surround a huge central portal with a lava moat that keeps some creepy ghosts in place. In the end, they had a sunken city surrounded by towers, huge drapes and walls of lights.

As if designing a city by hand wasn’t hard enough, Fixxitt412 did it Totally in hardcore survival mode, meaning there is no life after death, over the course of 100 days. Fixxitt’s buildings are also super green, with well-manicured floral and farm areas, but they don’t quite eradicate all the scum, which feels like a nice touch.

The building also has a magical feel to it, with lots of light and stained glass emanating from the copper conduits at the top of the central portal. They even designed houses for some of the villagers to come down and live in the dark, although I don’t know how long they will live.

Another lush underground city is made by random game (opens in new tab) and OceanManRulesZaWardo. It’s more of an overgrown style, maybe even as abandoned as the ancient city itself. Like these other gorgeous green buildings, it makes use of plenty of vines and foliage, bringing in some classic old fluorite blocks for lighting. It looks like the duo has removed almost all the scum and replaced it with a wooden walkway and deep slate arches.

This “build” is actually just two screenshots (opens in new tab)not a fully fleshed out dungeon, but it’s such a good image that I couldn’t help including it to all the other inspo-seekers in the room.

It’s the complete opposite of all this calm, green entertainment in the ancient city. If Seggie fleshed out this, I have no doubt it would end up looking like a scarier place than a nether fortress. That skull arch, and all the blue flames, was a serious omen.

OK, so this isn’t a Minecraft version at all.This is a Lego design based on an ancient city Veniac 540 (opens in new tab). But come on, this is really neat.They even put together build instructions and a parts list if you want Build it yourself (opens in new tab). you know, after you finish building in my world.