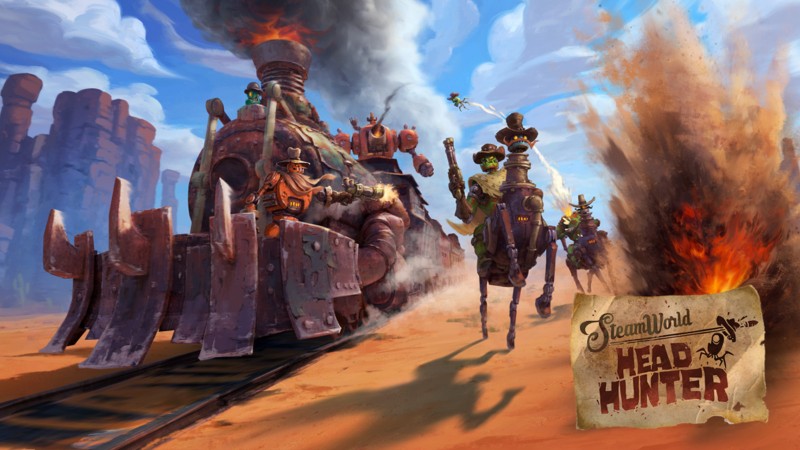 Thunderful held a showcase today to showcase upcoming games from the publisher, including The Gunk (newly announced December release date) and Stadia’s limited-time exclusive water adventure Wavetale, released today. The speech ended with a brief introduction to the SteamWorld Headhunter, the next chapter of the SteamWorld franchise.

The trailer (you can watch it below) features two robot cowboys facing spectacular “stches” in a familiar pistol duel pose. You know, desert town, noon and so on. A robot seemed to have lost in a gun battle, and in the process, he lost his head. When the victor checked the deceased’s situation, he found that its head had been separated and flew towards him with fatal intent.

Thunderful didn’t say much to Headhunter, except that it is a direct follow-up to the “SteamWorld Dig 2 (literally) earth-shattering event” and will be a complete 3D cooperative action adventure experience. To commemorate the release of Headhunter, SteamWorld Dig 2 is currently available for free download on Steam and GOG, starting today and continuing until tomorrow, November 11 at 11 am Eastern Time.

What do you think of the trailer for SteamWorld Headhunter? Are you interested in seeing more of the surface world, or are you more willing to learn more about the depths of the earth? Say your thoughts in the comments!