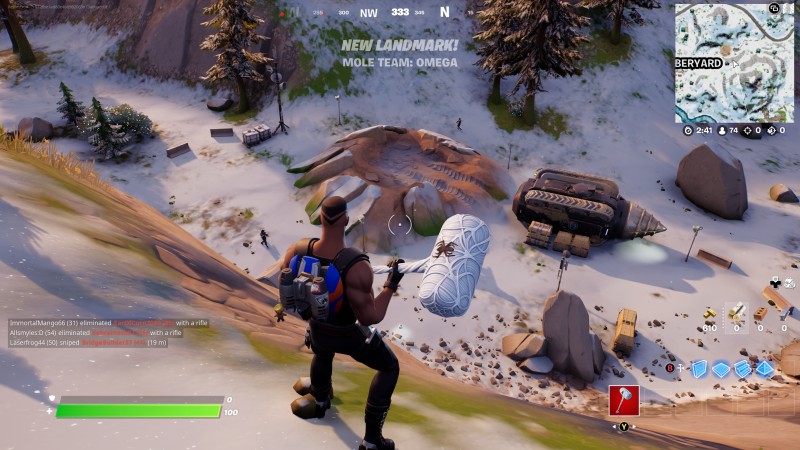 The Fortnite store is updated daily at 4 pm Eastern Time, offering new skins, emojis, and gliders, but the game map often changes without warning. Another little thing happened today. If you explore the northeastern part of Logjam Lumberyard a little bit, you will find a new round soil outside the hill. A large driller was found at the site of the investigation under the protection of IO guards on a landmark named Mole Team: Omega. That’s right, the imaginary order (better known as IO) is back, and it seems that they have already penetrated the island.

In the next few days and weeks, we may see more IO troops on the island, which may lead to new story development. It may be related to the countdown to unlock the foundation, which is currently 30 days.

If you want to view the drilling site, make sure to bring a weapon, because the IO will fire as soon as they see you. Looking for a tent, you will find a large weapons storage room. A launcher is waiting on the other side of the dirt pile, so you should be able to quickly escape after obtaining the rare loot.

I can’t wait to see where Epic is headed next. We are still waiting for the appearance of the tornado and the strange six-legged purple monster, but the arrival of IO is a good surprise and should cause a new opponent to appear soon.