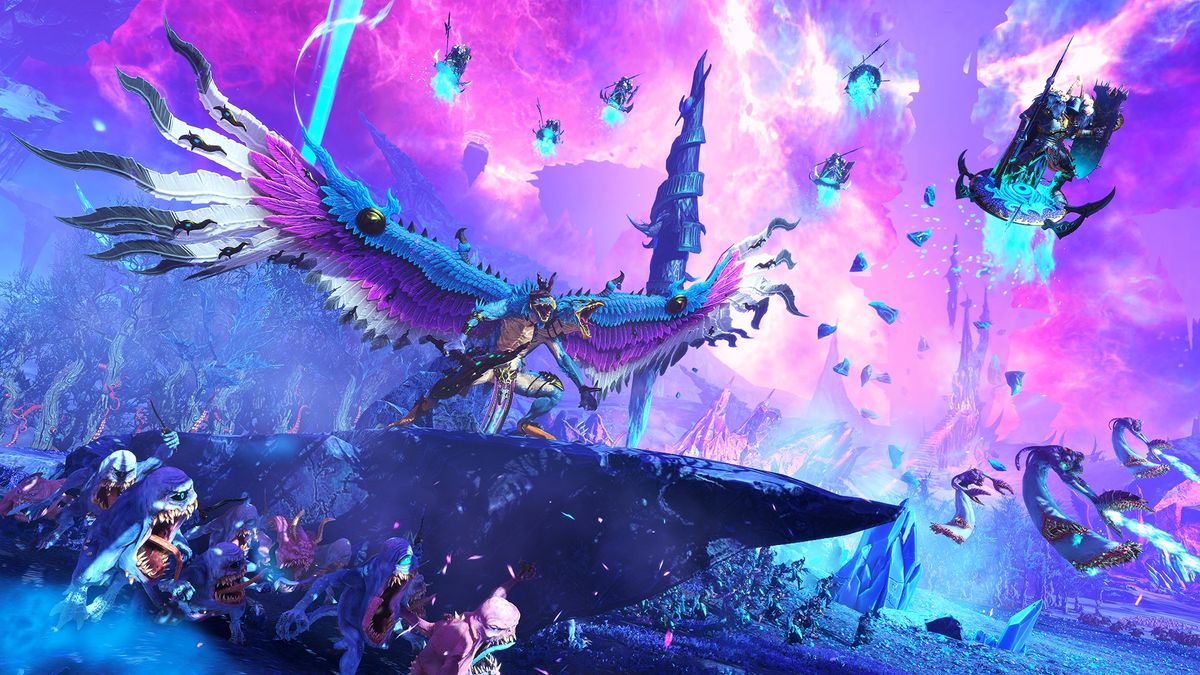 Forget the blood-stained Balrog and the zombies covered with vomit. The smartest servant of Chaos knows that all this has to do with planning, manipulation, and unpredictability. The ever-changing Tiki will enter a total war next year: Warhammer 3.

Sega has been introduced to Kislev and Cathay, bringing the third faction into the accumulation of Total Warhammer 3 this week. Compared with his Chaos Gods, Tecchi’s army is less avant-garde and powerful, focusing on magic and mobility, throwing spells at the enemy from a distance, while the armored warriors riding on the frisbee enter the quarrel at lightning speed.

The leader of this army is Kairos Fateweaver, a huge two-headed birdman. He casts spells much faster than his contemporaries, and the more his followers are summoned in battle, the more he can get More powerful magic.

At the strategic level, it sounds like you have plenty of tools to truly play the role of an endless scheming master manipulator. Fateweaver can perform special “change methods” actions to manipulate the diplomatic situation, lift the fog of war, and change the magic effect on the world map according to your own preferences.

More details on how the Tecchi army plays, from how the cult will rise up and worship you to the ability to fully teleport the army, can be found in Total War BlogIn addition to adding new troops to Total Warhammer’s huge lineup, the next part of the year also hopes to solve the unpopular siege problem of the series.