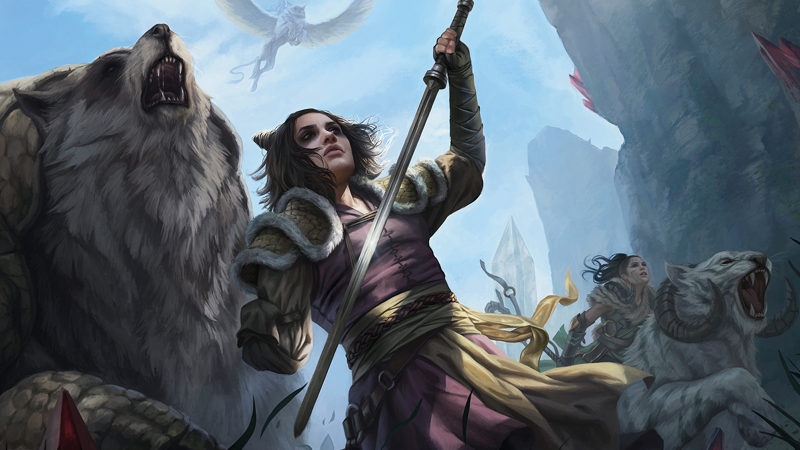 The next big set is still a month away, but players at Magic: The Gathering Arena are waiting for the next update in standard and historic formats. This week, the historic has significantly banned the time warp of blue extra turn spells, but the meta is still calm. However, there’s a lot to do before the next standard set, Dungeons & Dragons: Forgotten Realms’ Adventures is released.Wizards of the Coast Blog post Today, I’ll cover a short-term roadmap for events at the Magic Arena in the coming weeks.

Leading the post is the introduction of a completely new format that is being tested in the arena. This week’s Friday Night Magic theme on June 18th will be 100 Historic Brawl events.Yeah, it’s a full commander-sized deck with the cards currently available in MTG Arena, except for the ones on the ban list you can find. Here.. From June 19th to June 25th, 100 Historic Brawls will transition to host their own event with an admission fee of 2,500 gold or 500 gems. The event is set to unlimited play and rewards players with a gorgeous Japanese mysterious archive card style with the first five wins, so any loss is not an issue. Card styles available here include Gods Willing, Brainstorm, Doom Blade, Faithless Looting, and Regrowth.

Coupled with the news in this new format, WotC has announced that it has removed two popular commanders from the historic brawl ban list: Goros, Tire Restracker and Winota, Force Joiner. Releasing these legendary creatures into these casual formats changes the way wizards handle banned cards while leveraging the powerweight system. “Our goal was to better match players with similarly weighted commanders, to maintain the challenge of competitive players, while allowing the format to be accepted by casual players.” And the wizard will explain why these cards are weighted in a blog post. Regarding WotC’s approach to banning cards in Brawl, the blog states: Players who really enjoy the experience of playing with these commanders can continue to do so, and players who do not want that powerful experience may be released from it. “

Historic Broll was the biggest news, but there are some other events going on to keep Magic players busy. Jump Start will remain active in the arena for 2,000 gold or 400 gems until July 8. In this simplified draft experience, players choose two booster pack themes that can be shuffled and played together. All cards in these packs will be added to the collection, and up to two victories will reward you with a jump start rare card or a mythic rare card.

The Premier Draft will switch to Dominaria format from June 18th to 25th. Starting in 2018, this fan’s favorite set celebrates Magic’s first plane, Dominaria, with a card mechanic that revolves around history and legend. Finally, the “Chromatic Cube” event will take place from June 25th to July 8th, but nothing is known about which cards will be included in this draftable format.

Given the date specified in this update, the wizard will move to Adventures for the Forgotten Realms preview season and set the release immediately. For more Magic News, check out the recently announced Secret Rare featuring new Universe Beyond destinations.