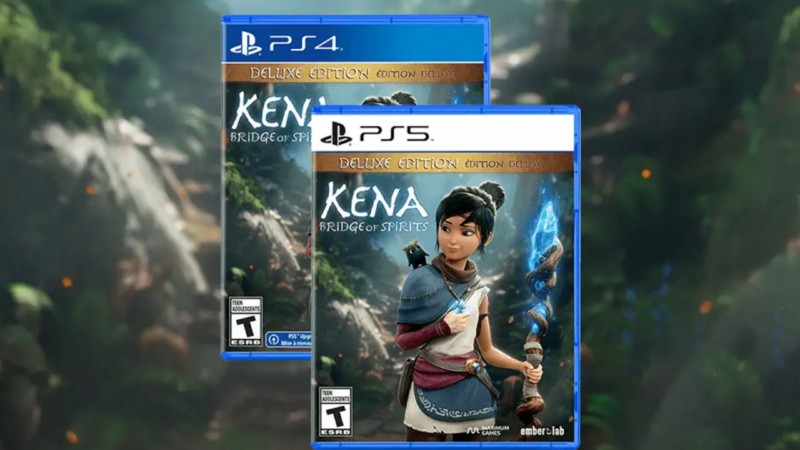 The physical deluxe version of “Kena: Bridge of Spirits” will be released this Friday.

Maximum Games stated that the deluxe version will be sold at “popular retailers” and can be purchased directly from its website. The game will continue to be released as a standard digital version, priced at $39.99, and a digital deluxe version at $49.99, as will PSN.

While waiting for the physical deluxe version to be on the shelves, take a look at our thoughts Keena: Commentary on the Bridge of Souls.

Kena: Bridge of Spirits by Ember Labs seems to have the same magical qualities as Disney-Pixar fantasy movies. Two new trailers revealed more background stories and game screens, as well as a dynamic photo mode, which made me very excited to take photos with NPCs (and I usually cover up the photo mode when playing games!). In addition, a physical deluxe version was launched in cooperation with publisher Maximum Games.

Kaina: The Bridge of Souls follows the nominal heroine/soul guide to a distant land in search of a sacred mountain shrine. The soul has become a monster, and only Kina can bridge the gap between life and death and make things right again. Along the way, she will meet many colorful characters, including a small black anthropomorphic creature named The Rot, which will help her in battle. For more details on the background story before the game’s release, please watch the release trailer above or check out “Everything We Know About Kina: Bridge of the Spirit” by Marcus Stewarts.

A trailer for the photo mode was also released today. Kona has no shortage of awesome vistas, vivid magic effects and cute character models. However, taking pictures will magnify these gorgeous visual effects, and the “Say Cheese!” option allows Kena and her friends to pose correctly for the camera. I have never seen this component in a video game before (as I said above, I usually don’t activate the in-game photo mode-maybe some of you have seen this feature in other games?) . Nevertheless, the charm and warmth of the game is undoubtedly passed. I can’t wait to see all the photos posted by players on social media. Who knows, maybe I will eventually capture some memories that belong to me.

The trailer is currently very popular, which means you may have missed the news that Kena: Bridge of Spirits will also launch a physical deluxe version in November. Ember Labs collaborated with Maximum Games, which is a sub-publisher of games such as Plague Tale: Innocence and Minecraft Story Mode. The deluxe version is priced at $50 and will provide copies of the game, digital soundtrack and cosmetics to The Rot and Kena employees when it launches.

Josh Grier, COO of Ember Labs, said: “From the moment we first announced the game, our community has had a strong desire for the physical version.” “Being able to create what people want to add to their collection. The game in China is an honour and we are very happy to work with Max Games to achieve this goal so quickly after the first release.”

Does this news make you more excited about the game, do you plan to take photos with all the actors?