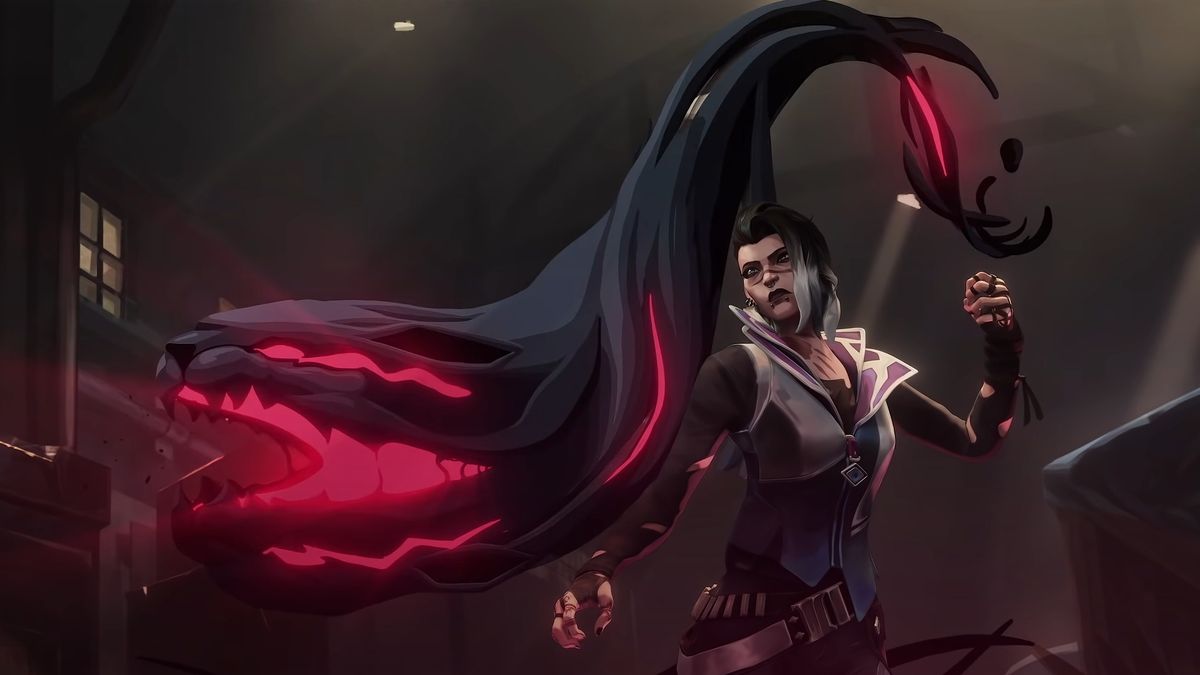 Riot’s hero shooter Valorant is gearing up to start Chapter 4 Episode 3 next week or so. Meanwhile, a new agent will join the Valorant roster. Her name is Fade, she’s from Turkey, and she fights shadow forces. Fade’s abilities involve manipulating a sticky-looking substance, apparently “nightmare ink,” which she can use to spy on enemies, restrict their movement, and impair their vision.

Here’s Riot’s description of Fade’s abilities, which you can see in the gameplay trailer above.

E – Ghost: Equip a nightmarish entity. Fire to throw the orb, which will fall to the ground after a certain amount of time. When hitting the ground, the sphere transforms into a nightmarish entity that displays the location of captured enemies within its line of sight. Enemies can destroy this entity. Reuse the ability to throw projectiles early in flight.

Q — Capture: Equip a Nightmare Ink Orb. Fire to throw the orb, which will fall to the ground after a certain amount of time. When hitting the ground, the ink explodes and creates an area from which trapped enemies cannot escape by normal means. Reuse the ability to throw projectiles early in flight.

C — Prowler: Equip a Prowler. The fire sends the Prowler out, making it travel in a straight line. The Prowler will lock on to any enemies or trails in the frontal view cone and chase them, becoming myopic if it reaches them. Press and hold the fire button to turn the Prowler towards your crosshair.

X – Nightfall: Equip the Power of Fear. The flames emit a wave of nightmare energy that can pass through walls. The energy creates a trail for opponents, also deafening and decaying them.

We don’t yet know how Fade feels about NFTs, unlike Killjoy, whose interest in NFTs was declared “whoopsie” by Riot.