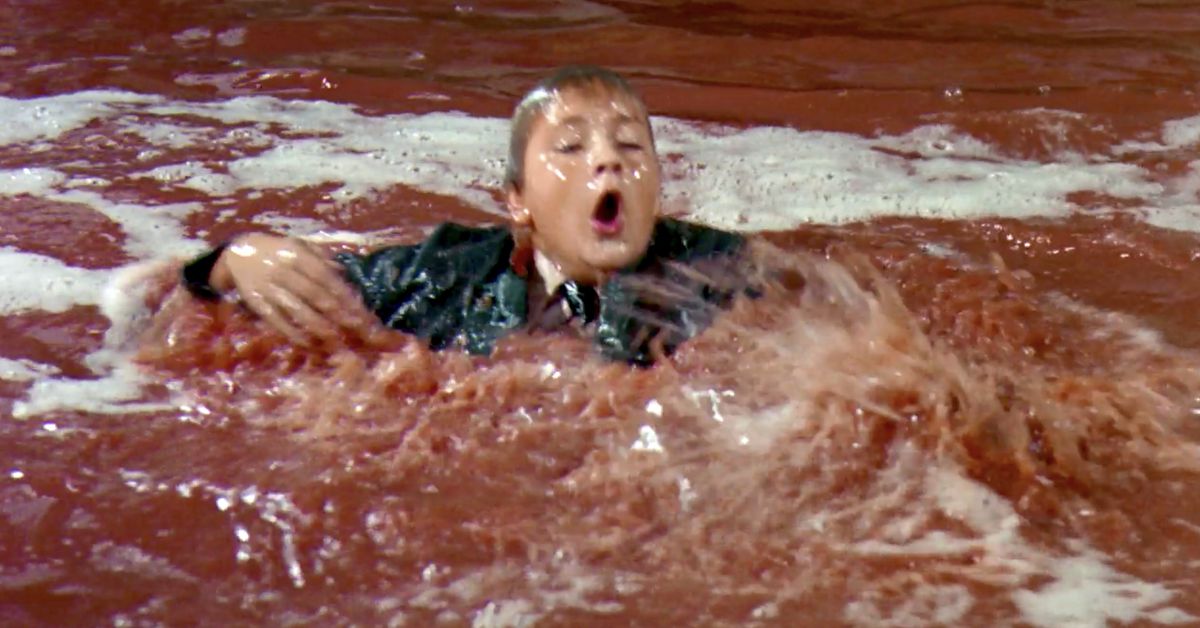 In 1971, one of Roald Dahl’s stranger, more colorful children’s novels gave birth to an unlikely cinematic classic.Under the guidance of Melstuart, whose previous credit included a JFK assassination documentary 4 days in November, And with funding from Quaker Oats Company, which wanted box office revenue to be able to sell some candy bars, Willy Wonka & Chocolate Factory I took a look at the British class system through the whimsical lenses of fairy tale musicals.

Reed: Gene Wilder, one of America’s largest comedy talents. On the other side of him: a bunch of preteens who have never set foot on a movie set, let alone a lollipop land built for a movie.

Willy Wonka & Chocolate Factory Capturing the pure imagination of countless generations, for the cast children, it was a tough extracurricular activity that sent them in all profession directions. Forty years later, Peter Gardner Ostrum (Charlie Bucket) is a veterinarian. Julie Dawn Cole (Veruca Salt) got stuck in the acting world. Paris Themmen (Mike Teevee) is a sincere entrepreneur. And Michael Bollner (Augutus Gloop) returned to Germany to become a certified accountant.

But they all have clear memories that they made Willy Wonka & Chocolate Factory..On the occasion of the 50th anniversary of the movie And recent releases of 4K Blu-ray, I told the cast about one scene that has always plagued my memory, and it became more fascinating only when I learned how the movie was made: from the Chocolate River in Wonka Augustus’s unlucky swallowing.

Michael Bollner (Augutus Gloop): Actually, it wasn’t chocolate. It was terribly cold. It was stinky water! And it jumped in and out, and was around in wet clothes all day long.

Julie Dawn Cole (Veruca Salt): Michael had to fall into this nasty thing that had been sitting there for three weeks. The lights were on and people were emptying the coffee cup dregs.

Borner: The depth of the river was only 10 cm. And there was a hole about the square meter I had to hit. So I was very scared to hit my head on the ground of the Chocolate River without hitting the square meter.

call: I remember seeing it and being very afraid of Michael. Because they were very sticky, “not 6 inches to the left, not 6 inches to the right.” They were a shallow bit. There was a valley in which he could fall. But, of course, you couldn’t see it because the chocolate water covered it. So he had to be really specific about where he would fall and hit the spot. I remember being very worried about him.

Peter Gardner Ostrum (Charlie Bucket): When I saw Michael take more takes after falling into a cold river, that cold and dirty river, I just thought, “I’m glad he’s not me!”

Paris Themmen (Mike Teavee): I’m playing some of them [genuine shock] In the lower left corner of the frame is when he enters. It was around that time that Mike Teavee thought that everything might not be going well in the factory. I see Jean blowing a pipe and calling Oompa Loompa and talking about sending him to the Fudge Room, and it’s dawn to me. You can see the whole process going on in my little brain.

Ostrum: Mel didn’t do much production. It was more trial and error.And we Realization When we make a mistake.

Themmen: Not only did Mel scream, he took a lot of takes. There are 46 clapboard photos of me from a scene. There, my father had to say, “I’m not a son until you’re 12 years old.” Simple line, no credit. But I definitely remember discussing with Mel about my motivation and how I feel about it. Mike generally enjoyed almost everything except the tunnel scene.

call: Mel moves things and encourages us to be creative.Or maybe he let us go because he didn’t have an idea [laughs]..

Ostrum: But we were all smart kids, so we quickly understood it.

call: Remember, we all read the book. And since you had your script, you knew what was happening, and you knew what you needed. But nevertheless, when you see it … I feel sorry for Michael. That tube up. Stuck.

Borner: It was really hard because they took a tube about 2 meters around me and filled it with water up to my mouth. So I couldn’t move anything. I couldn’t do anything. I just had to rely on the people around me who didn’t drop me.

Ostrum: In retrospect, the scene was probably not OSHA-approved.

Themmen: Peter was being carried by wire [during the bubble scene], Never comfortable.The harness isn’t interesting and I’m sure [Grandpa Joe actor] Jack Albertson didn’t like it anymore. In the invention room, I fell around my head and was dragged into a pot or frying pan. We all had our story.