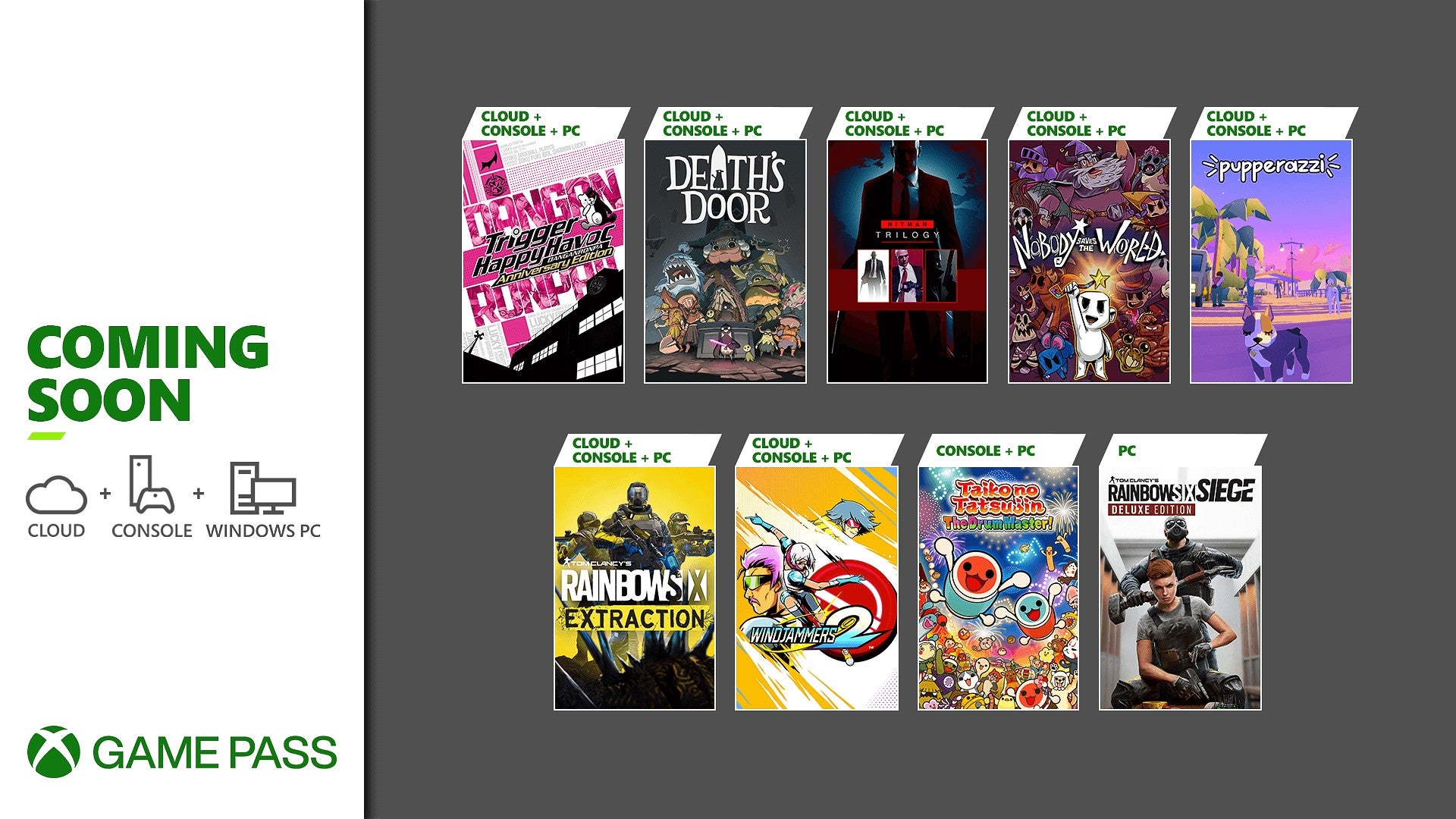 The latest games coming to Game Pass have been announced.

After posting an image on reddit, Microsoft has now announced the next batch of Game Pass games The news came a little early..

Check out the list, and you already know that Hitman Trilogy, Rainbow Six Extraction, and Rainbow Six Siege are coming to Game Pass on January 20th. But other upcoming games include Death’s Gate, No One Saves the World, Windjammers 2, Pupparazi, Taiko no Tatsujin: The Drum Master, and Danganronpa: Trigger Happy Havoc.

Spike Chunsoft says Danganronpa is now available On Game Pass, and No One Saves the World.

January 27 will see the release of Taiko Master: Drum Master.