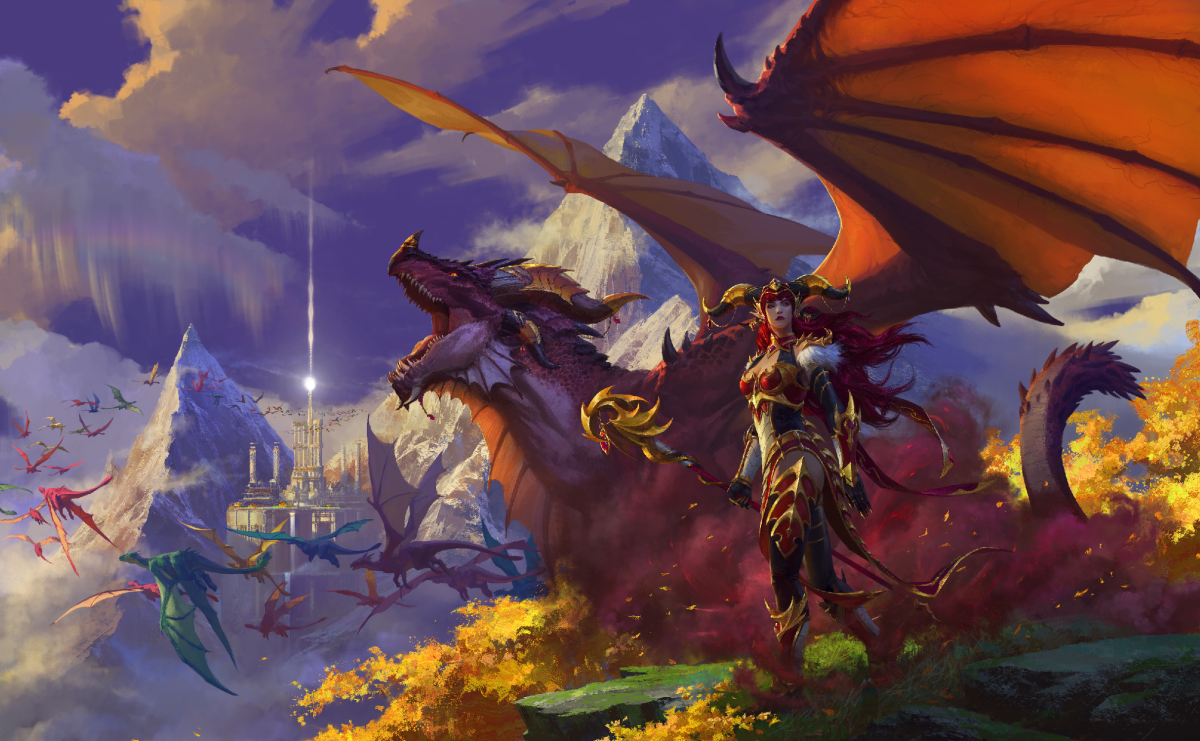 World of Warcraft: Dragonflight takes the MMO back to its origins, welcomes the dragon back (in playable games) and Rideable form) and a classic-style talent tree, and adds a new set of areas to explore. According to Blizzard, the expansion has no release date, but it will enter alpha soon Announcement stream.

Where does it happen?

Dragonflight is set in Dragon Isles, a location that has been largely a myth for much of World of Warcraft’s history, hidden in game files and occasionally mentioned in dialogue as the game ages. You’ll delve into the history of ancient dragons and their kingdoms, learn what happened to them over the past 10,000 years, and try to forge alliances with them to fight new threats.

World of Warcraft recently implemented a feature that lets the game’s two opposing factions — the Horde and the Alliance — play together in the same group. Dragonflight builds on this partnership, focusing on both parties working together to explore Dragon Island, but will still include excuses for PvP with other players. As far as the story goes, the Horde and Alliance sent an expedition of scientists and settlers to explore the land, which doesn’t sound particularly rosy for someone who’s lived there for thousands of years.

What are the new playable races and classes?

Dracthyr are new playable races with a new Evoker class. The Dracthyr race are bipedal dragons with customizable horns, jewels, and scales that affect their dragon and human form. They can cast magical ranged spells to heal allies and damage enemies, and are the only race that can be created as a new evoker class. Evoker is classified as one of the game’s “hero classes” and will start at level 58 and have a unique starting area.

Returning to Azeroth is just the beginning. #Dragonflight pic.twitter.com/XK5Kgl8NOgApril 19, 2022

So, you can be a dragon, but you can also ride a dragon. Early on in the expansion, you’ll have the ability to train a pet dragon and use it as a mount to fly through the upgrade process and beyond. This is the first time flight has been available so early, suggesting the new environment is more vertical than the previous area. You’ll be able to customize your pets and mounts with different colored scales and horns, and you’ll be able to increase their speed as the story progresses.

Blizzard says it has put a lot of effort into perfecting the game’s oldest systems, such as talent trees, classes and the user interface. Talents will become trees again, with multiple options for entering points at the same time, allowing you to turn your character into a more traditional hybrid class – a feature more common in older versions of the game. As with the current game, you can frequently swap your talents by changing individual points or using presets.

Careers are also being overhauled. Crafting orders allow you to craft items without a professional. You put together all the materials needed for the item and let the NPC or other players craft it. This is the first time crafting items tied to you can be crafted by others.